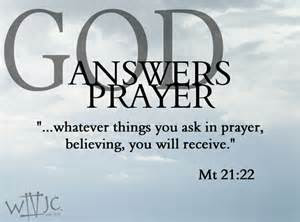 It was a Monday, the skies had shades of grey and the weather was cool. Well there’s was no difference in this day, it was exactly like every other day, except the skies never stay the same, he peeped out from the backdoor to eavesdrop on mama, to know if he had enough time to execute some thoughts or mama was almost done frying.

“Nedu, don’t think I can’t see those cunning eyes of yours staring at me, you better not pull off any trick this time! Get ready for school before you run late” she lightly bellowed from the backyard as she poured in the last batch of the plantains.

His countenance fell, busted! he muttered under his breathe. He had just finished buttoning up when mama walked in, threw some playful jabs at him and went trying to tickle his ribs as he filled the air with his laughter running around the room with mama after him, he’s 13 and this had been a morning routine since he can remember, ‘Nwoke, how’s my shining knight?’ she asked cupping his cheeks in her palms after catching him and with a cackling sound he replied: ‘I’m fine mama’ to a smiling mother, she went on to knot his tie as they chatted…

*Hmm hmm, a deep clearing of the throat drew their attention towards a man in a manageable corporate outfit, papa good morning Nedu greeted, ‘how are you Neon?’ his father asked, I’m fine he replied. His mum walked up to him by the door, made some unnecessary adjustments to his tie as they kissed and Nedu yelled: ‘ewoooo! they af blinded me o…’ and the trio burst into a laughter frenzy which didn’t last too long though.

I’ll be taking him to school now Rose made known to her hubby as she left the house with Nedu while the Scott took breakfast.

Though he’s 13, mama would treat him like he’s a toddler, she would follow him to school everyday holding his lunchbox, before leaving him to go deliver the ‘DODOs’ to those she distributes to, she would plant a kiss on his head as she hands over the launch box to him, sometimes he ends up feeling so embarrassed but he’s always glad he has a loving mother and a caring dad.

All through classes that day, thoughts flew in and out of Nedu’ mind and he seldom muttered prayers that their situation turn around for good. They were literally living from hand to mouth but thank God they had a strong love bonding them, it made things easier. Dad’s meagre salary as a secretary at a lowly firm plus mum’s little earnings were all spent monthly on rents, bills and his schooling and well-being, it was never even enough for them (his parents) to get something for their selves let alone ‘tush up’ the house and the state of living. Dad is a 2nd class upper graduate of Petroleum engineering from the UNIVERSITY of BENIN and mum had studied Nursing science, both had never gotten a job pertaining to their respective fields, he sometimes feel they were cursed, hoping someday it would break.

Honey! It has happened!

His dad flung his arms wide, hugged his mum tightly lifting her up as he swirled about for a long while. This is odd Nedu thought to himself, normally the line is : “Honey, I’m home…” and that’s it he thought to himself…

Nedu slept that night smiling, prior to his knowing of the fact that, he is the son of the new manager of Chevron, Delta’ branch.

THE SCAR (A short tale by AshBurn)

Cirphrankliterature, StorySeptember 21, 201616
Remember our pal Scar from Lion King? Ugh? Well this is about him NOT, 😜, sorry if I had intentionally mislead you with the thumbnail and this intro. Well, this scar is a short tale of how a boy’s life …
END_OF_DOCUMENT_TOKEN_TO_BE_REPLACED
2

CirphrankGod, Inspirational, StoryJune 1, 201610
Smith was just nine when his dad died, few months after, mom came home around nine in the morning, it was unusual, he eventually found out mum had lost her job to sheer cruelty. Life was hard, now itstepped up …
END_OF_DOCUMENT_TOKEN_TO_BE_REPLACED
3

CirphrankArticle, literatureAugust 10, 20175
So there was this man, Scott Winsworth Starling, Scott was a promising young man who had potentials and a good attitude that made him not a figure out of favor in the sight of many, but tragedy struck… This is …
END_OF_DOCUMENT_TOKEN_TO_BE_REPLACED

Cirphrankliterature, love, Poem, StoryFebruary 3, 201916
Time has long past since you left, There’s no doubt of my heart aching. Moments of us are all that’s …
END_OF_DOCUMENT_TOKEN_TO_BE_REPLACED