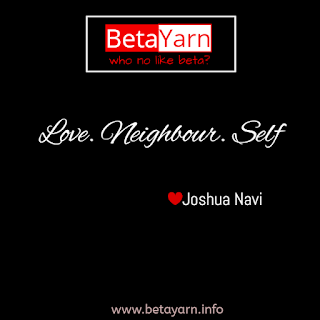 Yesterday, September the 10th, I traveled to the Global Vipassana Pagoda a meditation temple, with two Turkish boys, and two Colombian girls. After our time there, we came back into town to have dinner at a known eatery. The event that followed after we had dinner, left me broken.

First and foremostly, I believe that God uses people around us, whether Christians or not, to teach us a thing or two about who He is. At the time of writing this, I am understanding why a brother of mine, Joel Jay Victor, talks about love the way he does. As much as I try to exert myself in loving, I found out yesterday that I have a lot to learn.

After the meal, we stepped out of the place and we stood just outside the building talking and making plans to go to our various homes. Suddenly a little girl (age range of 2-4) ran toward us and was asking begging for money or food. She was speaking the local dialect so we did not understand, but she was making hand gestures. Apparently, it was her mother who had sent her as she was sitting some steps away from us with another baby in her arms.

Now the little girl who came to us was dirty and black, most probably because of the sun and dirt and maybe only takes a bath when it rains.

Now what we have been informed to do is to give money only in form of coins. Thus I was searching my sling bag if I had a coin lying somewhere around. Much to my surprise, one of the Turkish guys, Nihat, had a Lotte Choco Pie in his bag, he gave it to her. Then I remembered I had a biscuit in my bag, I brought out and gave it to her also. Honestly, after that, I was about to send her away when the other Turkish guy, Merdan, did something that left everyone in utter disbelief.

Merdan, as clean as he was, squatted to the height this ‘dirty’ girl, hugged her compassionately, kissed her on her forehead with smiles, and presented his cheek to the girl which she kissed and was full of joy. He played with her afterward. By now, it was starting to cause a scene, but he didn’t care, he wasn’t ashamed. He just had that little quality time with the girl. Then Nihat the other guy, brought out a neat 20 Rupee note and gave it to this girl — regardless of the fact I was telling him not to. He asked, “why not?” Tears welled up in my eyes, as the girl whose face really brightened from what just happened, ran off to her mother, who also could not help but smile.

Later on WhatsApp, I told him that I will respect him for life for what he did to the little girl, here was his response:

Merdan: Ah û mean the little girl ?:)
Me: Yes yes!
Merdan: She was really cute
Merdan: Wasnt she
Me: She was.
Merdan: 🙂
Me: She is.
Merdan: She just needed a hug, love, play
Merdan: Not money
Merdan: And ı gave ıt to her only this.

You know, I sat and gave this a really hard thought. Even as Christians, as much as we talk about love, when it comes to the practicality, many of us fail. From the one who condemns the sinner instead of saying a prayer for, to the one who only loves when it is appropriate for the occasion or comfortable.

I was in a car one day with someone, a Christian, and the person saw a young girl whom we knew in the area and the person said: “see this one, just dey prostitute herself upandan, rubbish.” I was stunned, I asked, “before you made this statement, have you ever taken out any minute of your time to say a prayer for this particular girl? The person did not reply. Then I continued, “you have no right whatsoever, to make ugly remarks.”

I shared what happened with a friend yesterday, and he told me about an incident that occurred sometime ago.

“I always remember the story of that white ‘tattooed’ lady who saved a ‘bewitched’ kid in Calabar. People from the ‘church’ labeled the kid as bewitched and the lady as sinful because of her tattoos. But it was she who saw God in that child and took him in and loved him and today that child is whole.”

We don’t need wads of cash to express love. Scriptures recorded that Jesus went about doing good to as many people as He came across. Non-discriminatory love.

May we all learn to find joy in little things and share some more love, in ugly places.

Written by Joshua Navi | A structural engineering undergraduate from UNIBEN, currently on internship in India.

CirphrankArticle, literature, Poem, PoeticSeptember 11, 201713
#musing_falls *046 , you can follow the hashtag on facebook I’ve read pages till they went blank Told tales till sweet ales went sour I’ve heard the winds scream so bad the deaf complained Oh believe me when I say …
END_OF_DOCUMENT_TOKEN_TO_BE_REPLACED

CirphrankArticle, Inspirational, literature, Poetic, StoryApril 24, 201812
Upon getting to the end of the tunnel I cussed and swore, bickering at the brick wall, one which only …
END_OF_DOCUMENT_TOKEN_TO_BE_REPLACED