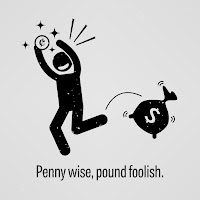 It’s was a hot Monday afternoon, I was on holiday so I had gone to visit my parents (using visit because I had actually stopped staying with them as at then). There was this need that day to send some money and the person for heaven’s sake had to be using UBA! Why not “last” bank which was near! Being quite new in the hood, I had no idea where UBA closest branch was around but I was told it was around, no way to dodge not going except I want my dad to sit on a baby white fowl and lay curses on me so I got into my shorts with a semi thick polo to go locate UBA, I had not bathed, somehow I had managed to convince myself that it’ll be an easy quick one since I was told if I flagged down a bike at a certain junction I’d be taken there directly.

Cirphrank! (my dad almost yelling my name, not Cirphrank but my native name, you’d have to kill me to get that) won’t you get going now?…

Dad, I’ll be going soon, it’s not anytime near 4pm yet…

I remember that as I waited for an okada to come around as at 12:07, (“chai! if only I had listened to dad o…”) one eventually showed up, but as ill luck would have it, I wanted to live up to my reputation, “the guy wey price die!”.

I went on, not yielding as I battled the price with him till around 12:31, the man wasn’t going to carry any lesser than N40, then I did the unbelievably ridiculous, didn’t seem so as at then, I looked at him and said okay, and I crossed to the other side of the road, flagged down another bike and went price breaking again and then it dawned on me that I was not going to get lucky, this other guys at the other side of the road weren’t saying anything less than N70! They claimed don’t I know it will take them more fuel to make a u-turn? *chimo!!! mogbe!*.

The Sun as at now had succeeded in bleaching some part of my haggard looking skin, my hair was like that of a weed victim and I was glowing with beads of sweats, not all the sweats were from the Sun’s touch though, most of it were from panic that set in when I saw the time was 1:20 and I was smelling like a stale egg.

chai! I don fuck up I muttered under my breathe, the first bike man was still there staring keenly at me from the other end like my village people were probably doing right then with a sly smile. So I decided to accept defeat and advanced to cross over to him, a car was blocking while I was in the middle as I crossed (it was a two way express road) as it passed, behold, I saw my prospective ticket out of hell talking to one woman, I hurriedly walked down to him but I wasn’t fast enough, the woman hopped on the bike just before I did, (in my head, I swapped places with her) I was like: “oga, na you I b cross come meet o…” and he replied ‘politely’ : “aaaah, sorry, e don quick me carry her, you 4 enter that time na…” and he zoomed off.

With no bike coming around, I crossed to the other side again, and eventually stopped one, and the the mamas in my village must have been very active that day as I began again, Pricing!

The guy agreed to carry me N40 naira and I boarded the bike. When we got there I discovered it was a short distance compared to what I normally trek to save money, I handed the guy a N50 note and he replied : “no change…” “ehn??? ehe! which kain day b day 1 again? abeg check well” I encouraged him but all search yielded no fruit, after almost 7minutes of seeking for change, I gave up, and told him to have it, crossed into the bank with the conclusion on my mind that God had handpicked the day to teach me a lesson with the saying penny wise, pound foolish. I didn’t spend up-to 13minutes in the bank, maybe they had a fight with with their customers or God was teaching them a lesson too, there was no queue and I was out before my body could even feel the Air Conditioner, with a sober countenance I painfully trekked home with my heart weeping over the ordeal, got home at about 2:40pm. I spent the rest of the day not talking.

Hope you learnt something, if not, hmm, it won’t be funny if you end up like me o.

Had similar experience before too? let’s know via your comment.

A poem to the Arch Evangelist

Education, a discuss. (i)

CirphrankInspirational, lesson, life, lifestyle, TipsDecember 8, 201616
Education Ehn, let me start by purely antagonising the popular saying that “Education is the best Legacy”, that’s a fatal misconception. Education is a good legacy, in fact a great legacy it is but it is not the best or …
END_OF_DOCUMENT_TOKEN_TO_BE_REPLACED

ARAInspirational, lesson, money, Motivation, Nigeria, Poem, Politics, Presidency, PunFebruary 6, 201926
You sell your voice for coins, Even my girlfriend won’t take that from me. Just like Esau who sold his …
END_OF_DOCUMENT_TOKEN_TO_BE_REPLACED

The Concept Of Fasting

CirphrankArticle, lesson, lifeMay 11, 201749
If I ask you, what’s the meaning of fasting? What would come to your mind at first? What would you say?  Well, in the case of many, their answer simply put is: Starving. Before I continue, let me make it …
END_OF_DOCUMENT_TOKEN_TO_BE_REPLACED
2