Sex before marriage, ideal or not?

The issue of coitus before matrimonial conjugation has now become one that can’t just be waved off with one hand, it’s in dire need of prior deliberation on by every one, right from even really young teenagers. The world has evolved, even kids now know at least the basic concept of sex.

While many are of the school of thought that sex is very much a necessity during courtship, a long list of others don’t even see it as something special but rather just a fun thing every adult is free to indulge in at anytime he or she desires, few are the ones (mostly due to religious beliefs) of the opinion that sex is meant for marriage.

Now we’re going to try categorise these opinions and their subscribers into two groups; the sex before marriage crew and  sex for marriage crew.

Now we’ll have short highlights on the major rational arguments on the issue.

This crew have two main argument points on the issue.

1.) How do I know if he or she is up to the task?  : They claim bad sex can ruin a marriage and sex before marriage is a suitable precaution as it gives you heads up on your sexual compatibility with a prospective matrimonial partner.

Divorce is a gruesome thing and in this argument, we see they’re only trying to prevent it. 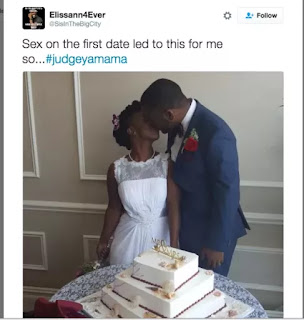 2.) It strengthens bonds : A list of credible persons have pointed out pretty much clear, plainly that sex is beyond the physical, there’s more to it. Now, the crew believe sex during courtship only strengthens the relationship’s bond the more, that it even gives the duo a high probability of getting married. Well, one can not but agree that good bond(s) ensures that a thing lasts longer.

1.) It leads to “ill comparison“ : The SFMC claims having had sex once, one will do it again and consequently the number of partners he or she will have will accumulate with time, even before marriage. In the course of this, the person would have acquired a lot of sexual experience, making he or she draw comparisons by default when with someone new which is bad for a sexual life, if he or she, most a times she worse still married a virgin, the marriage will be marred with sex-capades outside home. This if considered valid counters the SBMC first highlighted argument. 2.) What will be left?  : What do we do after we have done everything?. In this argument, the SFMC sees sexual intercourse with one’s partner more as a marital prize,  a trophy to be guarded, mostly by the lady, worthy of having only by a wife or husband. The belief is that it actually gives the possibility of marriage occurring a higher chance and if one is found to be a virgin, the marriage is bound to last longer as one would be better cherished. Well one can actually see reasons in this though, one doesn’t value what one didn’t work for, thus goes the saying.

You’ve read, and sure before now had your opinion on this issue, kindly do us, all a favor by letting us know what you think through the comment box. Sex before marriage, Yay or Nay?

CirphrankGod, Inspirational, MindSeptember 12, 201637
[NLT] Philippians 4:6 Don’t worry about anything; instead, pray about everything. Tell God what you need, and thank him for all he has done.[NLT] Philippians 4:7 Then you will experience God’s peace, which exceeds anything we can underqstand. His peace …
END_OF_DOCUMENT_TOKEN_TO_BE_REPLACED

CirphrankPoetry, sexNovember 9, 202179
Do you know what a lady wants in bed or have you no clue she wants you to make her …
END_OF_DOCUMENT_TOKEN_TO_BE_REPLACED

IN LOVE WITH MY EX

ARAArticle, Inspirational, love, marriageDecember 12, 201828
He waited for a year for me because I was still in a relationship with my first love. I told …
END_OF_DOCUMENT_TOKEN_TO_BE_REPLACED

ARAlesson, life, literature, Nigeria, Poem, Politics, Presidency, societyFebruary 4, 201946
Speak the truth at all time. We will decide who holds the mantle. Leading us to the promised Land, With …
END_OF_DOCUMENT_TOKEN_TO_BE_REPLACED