THE SCAR (A short tale by AshBurn) 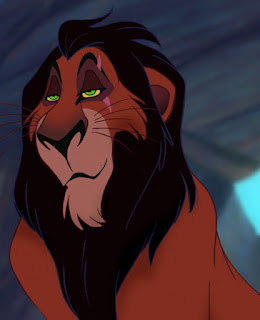 Remember our pal Scar from Lion King? Ugh? Well this is about him NOT, 😜, sorry if I had intentionally mislead you with the thumbnail and this intro. Well, this scar is a short tale of how a boy’s life awfully played out, when done reading it, you’d probably thank me for having fed you with the honour prank first, because the after effect won’t be funny.

Ade was a young boy who had never been with the opposite sex intimately; I mean no one would
want to date a fifteen year old. But he was good looking; fair in complexion, eyeballs were grey
like he was the smaller version of Mr. Christian Grey in Fifty Shades, Had tiny growing beards
and height twice his age. There he was in his mum’s shop sketching on his comic book. Aunty
Grace would always come and patronize him anytime he came back from school early; she
would constantly wink at him, young Ade would not see it as anything but smile. This kept on
for a while; she would sometimes tap his back softly saying he is “A Sweet Boy”. Until mama
Ade sent him on an errand to Aunt Grace’s house, so he went happily. Grace was just in her
parlor chilling with a tight bum short on and a handless top, a bottle of Origin on her table, the
knock came through, “who is there?” “It’s me Ade, Mama sent me” “Oh please come in”. She
gulps her bottle of origin and nearly finishes it before he comes in. “You are welcome, please
sit” “Aunty Grace, no oh mama said I should drop the rice and come back now” “You are sure
you don’t want to sit for a while?” (She goes close to him touching his beards) he hasn’t been so
close to a female so he felt some movement down there it was cold. “Okay aunty I will stay a
little bit longer” “Good, come sit close to me. What would you like to drink?” “No, I don’t want
to drink. I am fine” “You would, Origin is good, don’t worry it won’t harm you, just take a sip”
“hmm, aunty it’s not so bad I like it can I have some more?” “Yes sure, follow me… (Grace was
somewhat tipsy already so she held Ade hands and rubbed his palm gently till she felt he was
enjoying it) here you go” “Aunty, thank you but I have to go now, I am feeling dizzy” “No, you
can’t go now I want you to help me out with something first” “Okay, Aunty what is it?” “First,
call me Grace I am not your aunty” “hmmm, Grace” (he giggles, by this time he was already
seeing things shape shift like he was seeing a marvel movie) “follow me to the room Ade; I want
to show you something…” (They walked to the room and before Ade could ask what she needed
him to do, she had stripped naked and drew him close to her forcing him to suck her boobs, Ade
who was a young boy had not seen a lot of above eighteen Nollywood movies so he did as he
was told thinking he was doing the right thing, he was at it then grace started to moan softly)
“Grace, is it paining you?” “Ade, No you are helping me, pull off your trouser. I want to help
you too” (Ade obediently did, then she pushed him to the bed and knelt down Amazed at the size
of his candy she wanted to crush so badly) “Aunty Grace why are you kneeling before me?” “I
am not; I just want to help you too” (then she began to suck his candy, Ade was lost in there he
felt really good he didn’t even know when he screamed aunty its “sweet oh”) “You like it?”
“Aunty I love it, it feels great like am releasing all my problems in one pack of a sweet game”
(Ade was starting to say things that were literally funny but what does he know he was drunk and
enjoying the so-called “help”) “Ade, I am glad you are enjoying it. I need you to come kneel
before me too” “Okay, aunty no problem” (He was on his knees then she dragged his head to her
wet already bore hole and told him to suck it and the she got the satisfaction she wanted after
moaning silently. Ade, Already was numb cause the drink he had got him almost in bad shape so
she quickly cleaned them up and gave him a bottle of seven up to gulp faster to reduce the effect
of alcohol and so his mum won’t notice a thing then she sent him off. He got back to the shop, the mother only asked why he took so long and he said they were playing a game, only weird this
Nigerian mother didn’t ask what kind of game and the likes. And this game or “help” went on
and on. Ade grew feelings and also fonder of Aunty Grace, still his mum didn’t notice before she
travelled for the weekend and dropped Ade off in Grace’s place. Then the big night happened.
“Ade, how are you tonight?” “ am fine Grace, I just want to play with you I really enjoy it” “yes
you will, but today I would want something different” “Okay, I’ll do anything for you” “come on
top of me ,and put your small man in my bore hole”.( Yes! She molested him at that age…know
what? I can’t give you details guys it’s Sad. He didn’t understand anything, he was young and
stupid. Who could he talk to? He lost it when he was 15. Hardest thing was she left without a
word he was shattered and swore to treat girls the same way he was treated. He grew upon being
a bad boy and almost a maniac also a drunk and he treated girls wrongly he would lure them to
bed and ditch them afterwards. Girls hated his guts though he was handsome and that was his
ticket. THE CHILDHOOD OF ADE TURNED HIM INTO A FIREWOOD; literally without
feelings for women only his MOTHER he died after his kidney failed and also contracted an STD).

CirphrankArticle, Inspirational, literature, Poem, Poetic, SeriesFebruary 5, 20199
When it seems like your life is interwoven with misery and the hope of good living a mystery, be still. …
END_OF_DOCUMENT_TOKEN_TO_BE_REPLACED
2

CirphrankArticle, literatureAugust 10, 20178
So there was this man, Scott Winsworth Starling, Scott was a promising young man who had potentials and a good attitude that made him not a figure out of favor in the sight of many, but tragedy struck… This is …
END_OF_DOCUMENT_TOKEN_TO_BE_REPLACED

CirphrankliteratureAugust 29, 20175
Can’t Make Old Friends ‘Twas quite long and stressful at school that day, Fridays are overrated, no much fun except you are partying or seeing a game So I ran home, hoping to receive sweet cuddles from my bed, And …
END_OF_DOCUMENT_TOKEN_TO_BE_REPLACED